The 5 Best Scenic Viewpoints in Edmonton 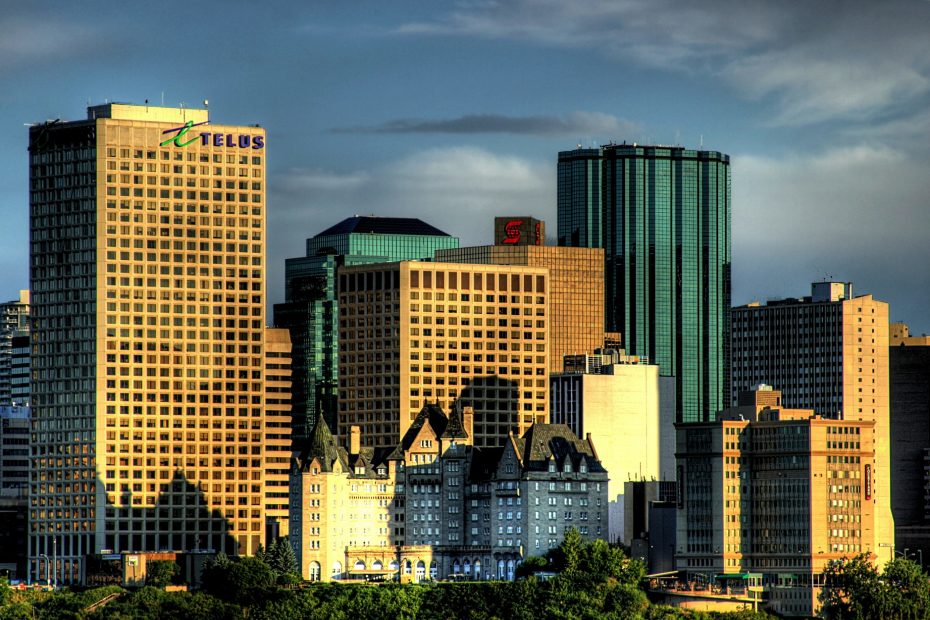 Edmonton is the capital city of Alberta. Because of its proximity to Calgary, a bigger city closer to the Rocky Mountains, Edmonton is often overlooked by tourists, but it shouldn’t be. Edmonton has a metropolitan population of more than 1,1 million people, so there are a lot of interesting things to do in the city and its surroundings. Edmonton’s skyline is one of the best skylines in Canada with around 24 buildings over the 100 meters (328 feet) mark. To help visitors and tourists view the Oil Capital’s skyline from the best point of view, we’ve made a list of the best scenic viewpoints of the city.

Walterdale bridge is a bridge next to downtown Edmonton crossing the North Saskatchewan River. The bridge opened in 2018, replacing the old Walterdale Bridge, and features cyclist and pedestrian crossings, which makes it ideal for people who want to enjoy a great view of the river, downtown, and its surroundings, while biking, running, or simply walking. On the other side of the bridge, there are a bunch of spots with great views, such as Skyline Beach or Queen Elizabeth Hill, the next scenic viewpoint on our list.

Queen Elizabeth Hill is a small hill located in Queen Elizabeth Park. Besides offering a wonderful view of the city, the riverside park also offers trails and picnic areas, so you can eat and relax while enjoying the breathtaking view of the city and Walterdale Bridge. The park is located at an 8-minute drive from downtown and is close to Walterdale Bridge, so pedestrians could easily walk from one viewpoint to the other and make the best out of Edmonton’s skyline. Queen Elizabeth Hill is probably one of the best places in Edmonton to take pictures of the skyline.

Saskatchewan Drive Northwest is a street located on the other side of the North Saskatchewan River, at about a 6-minute drive from downtown Edmonton. The street’s sidewalk offers a bunch of viewpoints where you can see the Walterdale Bridge and Edmonton’s skyline without having any trees in the way. If you’re looking for a place to take good pictures of the city, this viewpoint should definitely be on your list, as it is probably the “highest” lookout point on our list, so your view will be much clearer. It’s also a great spot for a nice walk while appreciating the cityscape of Alberta’s capital city.

Yurinatus Lookout is a viewpoint located next to a bike path, close to the James MacDonald Bridge. Just like the previous scenic viewpoints, it is also located on the opposite side of the North Saskatchewan River, but is still pretty close to downtown, at around a 5-minute drive or a 10-minute bicycle ride. It is the perfect place for cyclists who want to take a little break from their ride to enjoy a view of the river, the James MacDonald Bridge, and Edmonton’s skyline. It is also a great attraction for photographers, as the view offered by the lookout is different from the one offered by the other lookouts listed above, so you’d get pictures from different angles of the city.

To conclude, as you can see, Edmonton’s skyline is pretty impressive and, because of the North Saskatchewan River, there are plenty of viewpoints to see Edmonton from its best angle. If you ever visit the city or if you currently live in Edmonton and are looking to see the city to either have a good time or to take nice pictures, make sure to check out and least one of the scenic viewpoints listed above. Make sure to visit our world’s scenic lookouts map and don’t hesitate to give us feedback or comment scenic lookout we forgot to include in our list!